Being Lebanese, we are proud of all the successful Lebanese women who are role models for the new generation!

Chantal Saliba Abikhalil is a Lebanese woman who made her way to the top with perseverance, dedication and confidence. A famous News Anchor and loving mother, Chantal is a one-of-a-kind lady who we can all learn from.

We had the privilege of meeting with Chantal in person and discussing her thoughts on her career and the media industry in the Arab world. We also got a glimpse into her personal life as a wife and mother!

I was seventeen and had just begun studying in university. One day I was introduced to a friend’s brother, who was working at a station called Heya (Arab Woman) TV. He took one look at me, and told his sister to encourage me to try out for casting. I got really excited and decided to go try out the next day. After one casting session, I instantly got the part.

For three years I was a presenter and producer at Heya TV. I was given the liberty to choose my own content and they trusted me to make decisions related to the program I was presenting. This helped me learn a lot and grow quickly in the industry.

Eventually, I went on to present a TV program on MTV Lebanon called Bel Arqaam, which was a news summary of all the news that took place the day before. While working at MTV, I was given the role of News Anchor, which eventually brought me to my current position as News Anchor at Sky News Arabia in Abu Dhabi. 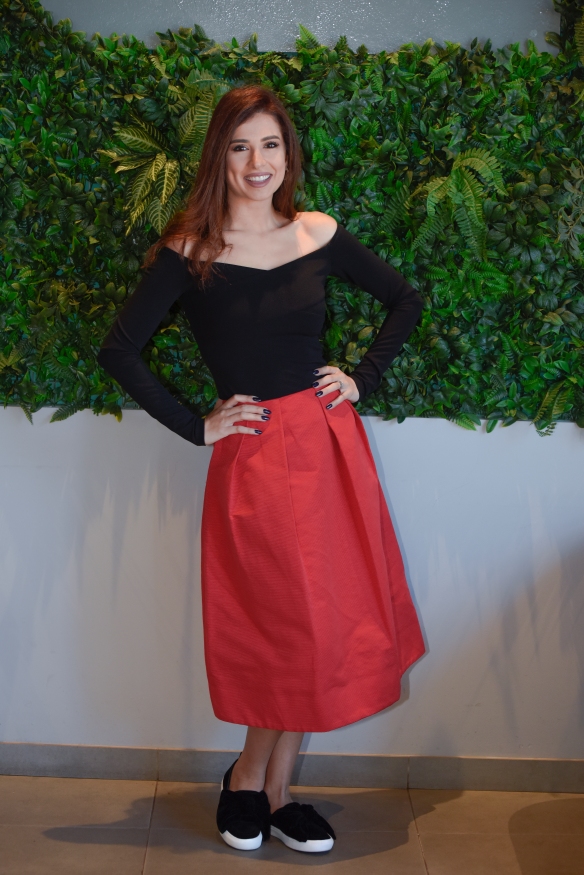 I have to say as a news presenter in MTV, my role was limited to delivering local news, and for a brief amount of time on the air, unless unexpected events were to occur and would need additional news coverage. However, at Sky News Arabia, I’m part of an international media platform, which shaped me into a full-time news presenter on an international level. My learning experience at SNA has been invaluable, as I learned how to be in the presence of politicians, businessmen, diplomats and officials and do my job seamlessly and effectively.

When I started working in SNA in 2014, I had limited experience in delivering international news. But I was fortunate to have an upper management which believed in me and gave me opportunities that helped me gain the knowledge and skills to become the person and news presenter I am today.

I have a BS in Economics as well as a Master’s degree in International Relations, and working in media industry, I never felt like I was applying what I studied into my career. However, when I started working in Sky News Arabia, I realized that my educational background really did contribute to how quickly I learned about different news topics around business, economics, finance, politics and international news in general. My work in International Relations in particular really helped me engage in meaningful conversations and discussions with my peers around global news.

But more importantly, I find my overall work experience, having worked various jobs and in various industries, helped me succeed in my career more than my education on its own. 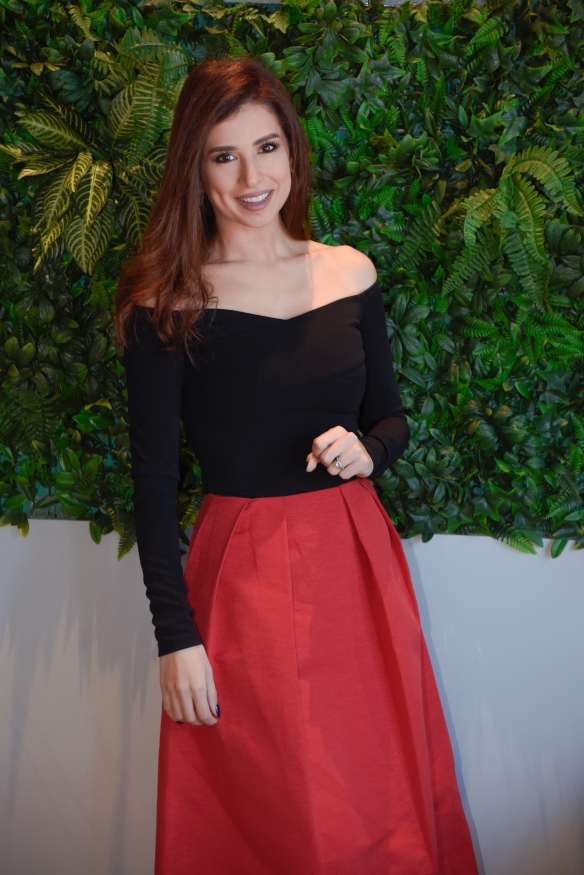 Apart from being educated, confident, and having the skills necessary to succeed in her role, young women need to be prepared to face a lot of challenges in their career, and they need to have the strength and perseverance to fight through them.

Unfortunately in the Arab world, there’s a negative perception about women in media, especially TV presenters and reporters. There’s a belief that they will do anything to get a story or reach a higher position, and they are often easy to be taken advantage of in the industry. That’s why it’s really important for a young woman, who might be vulnerable and easily influenced, to be aware of these repercussions to the role, and be able to stand above them, and to never lower her standards or lose her self respect for her job.

For starters, we need to have leaders and managers that respect and empower women, in society and in the industry. Here in the UAE, for instance, there’s a high level of respect for women. We see women who are leading in high positions in the government and in top organizations, and who have succeeded based on their education, intelligence, and character.

At Sky News Arabia, we are blessed with an upper management that highly respects its female employees and makes a constant effort to protect them. They also empower women by giving them equal opportunities as men in the organization, and treating both genders in the same manner.

On the other hand, we need women to be strong enough to fight through this negative perception, and not fall victim to powerful figures in the industry. Women need to believe in themselves and in their abilities to succeed without having to lose themselves in the process. They need to slam the door in the face of disrespect, and maintain high standards for themselves on a personal and professional level. When you’re a TV presenter, you’re a public figure, and it’s easy to lose sight of your personal life. It’s also difficult to remain private, especially with the rise of social media. However, I like to keep a healthy work-life balance. Even on my social media channels you can see a well-balanced mix of photos of myself, my job, and my family.

I know I am subjected to a lot of scrutiny, especially while maintaining a good reputation and representing an international brand like Sky News Arabia. But I stay true to myself, which I believe is the most important thing to succeed in the media industry, as well as to rise above any judgment or negativity that comes my way.

I have a routine to manage my time: I spend the day with my daughters, picking them up from school, preparing lunch for them, taking them to their extra curricular activities etc. I then go to work in the evening. When I’m not working, all my time goes towards my family and my household needs. When I’m working, it’s time for me.

Sometimes, I’m put in a situation where I have to choose work over family. Once I had to miss my daughter’s violin recital because I had to moderate an important panel discussion. However, I made sure my daughter came to that event after her recital, to see me in action. And once I was finished, I expected her to be upset that I didn’t show up to her recital, but instead she told me she was proud of me, because like her, I was on stage that night. And this shows that my career is actually inspiring my daughters.

That’s why I advise all working mothers to teach their kids about their jobs and show them what they do for a living, especially if they are doing something they love. Because following your passion will inspire your children to do the same. 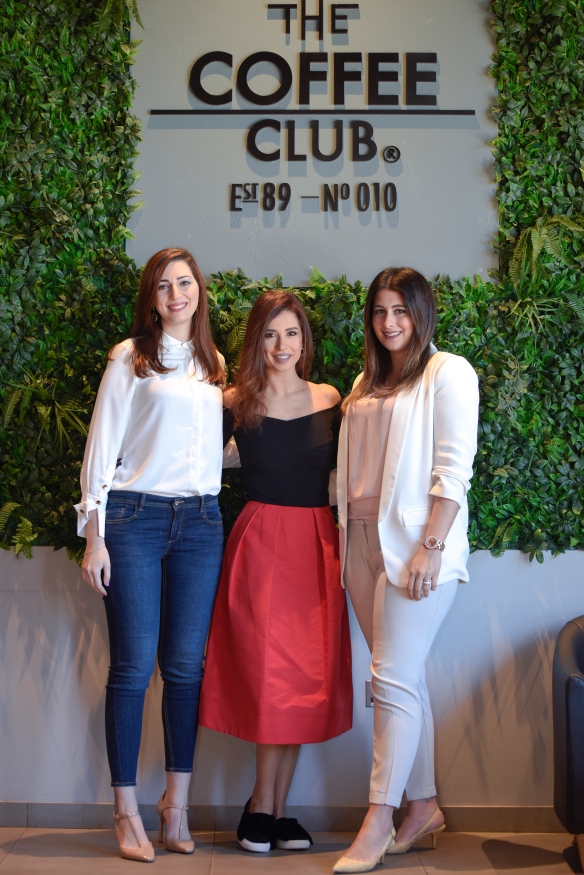